The Kentucky Derby is held annually on the first Saturday in May in Louisville, Kentucky. The race is known as “The Most Exciting Two Minutes in Sports” or “The Fastest two Minutes in Sports” for its approximate duration, and is also called “The Run for the Roses” for the blanket of roses draped over the winner. The 2014 race had the second largest attendance ever as 164,906 people watched California Chrome cruise to victory.

Arena Americas was on site for approximately four weeks working alongside the staff at Churchill Downs to manage the flow of equipment in the various areas. Since the horses could not be distracted during their daily training, our work schedule had to be coordinated around them.

“We realize there are many moving parts and pieces in producing The Derby. We appreciate the partnership we have developed with Arena Americas to manage the flow of equipment and communication between the various areas. Arena has become a vendor we can rely on to get things done in a timely manner while remaining flexible and proactive at all times.” 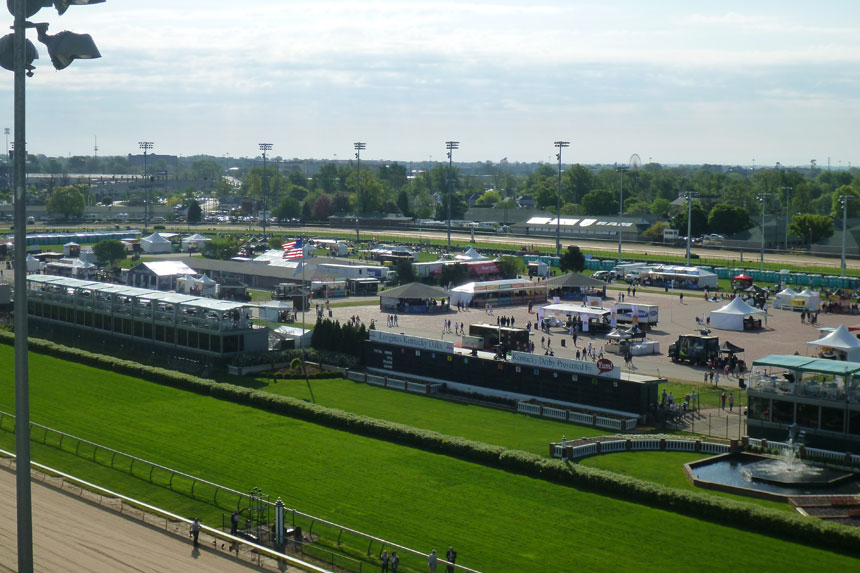 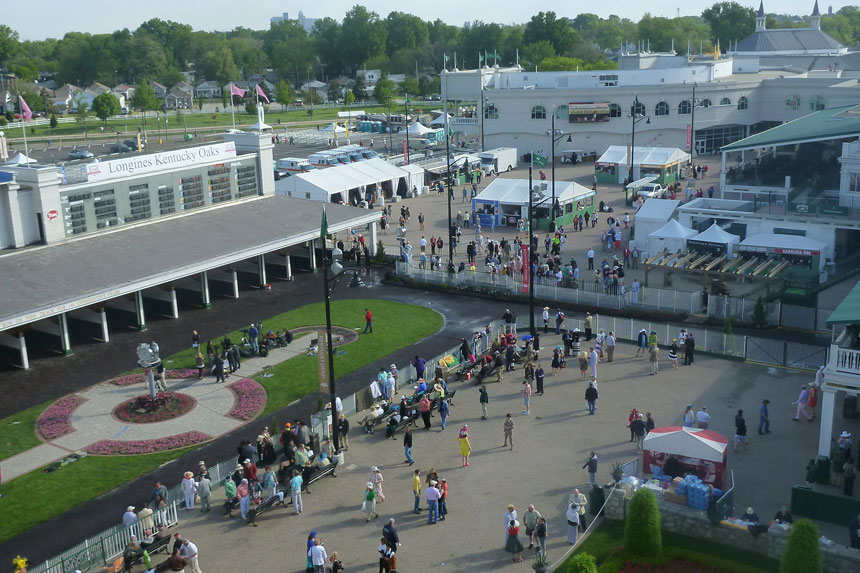