As one of the eight major marathons, the Chicago Marathon is a world-renowned running event which is the only marathon where the runners actually start and finish the race at the same location. The Chicago Marathon is a key economic driver for the city of Chicago as it attracts 45,000 runners representing all 50 states and 132 countries. Approximately 200 charity teams raise around $15 million dollars annually through pledges and sponsorship for the 10,000 charity runners.

Arena Americas is the official rental company and also provides support in the planning, layout, production, timeline and coordination with the various vendors and delivery of a large quantity and selection of special event rental items. Multiple crews led by three event managers installed over 120 tents, 3,000 tables and 7,500 chairs along with flooring, lighting, sidewall, generators, HVAC, crowd control fencing and custom graphics. The event’s footprint also involves the surrounding city streets, some of which have to be closed for our set up which involves strict adherence to the established schedules.

“The level of professionalism and performance that Arena Americas brings to the table is unmatched. I would not consider doing an event without them.” 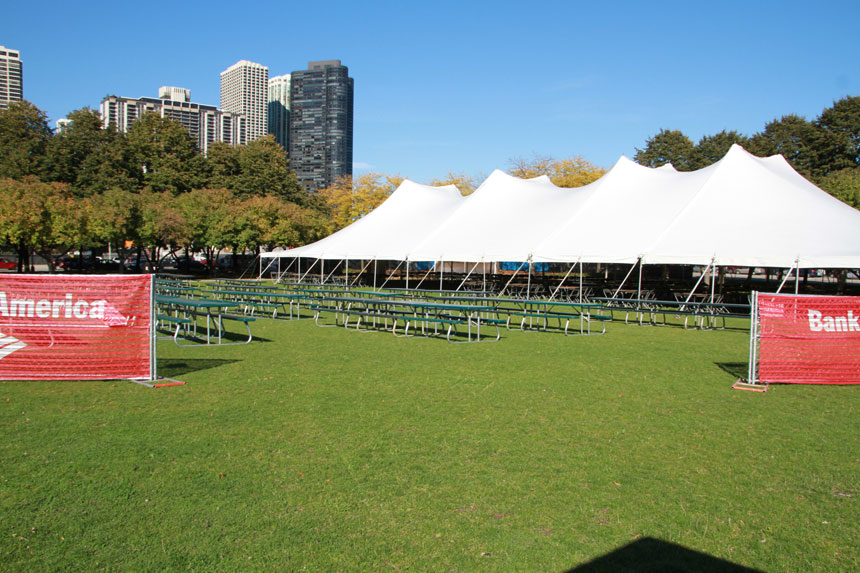 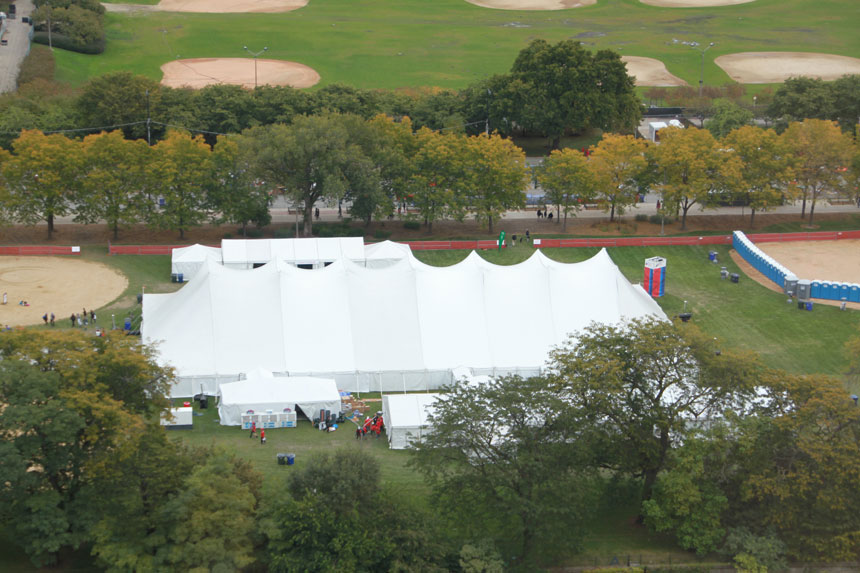 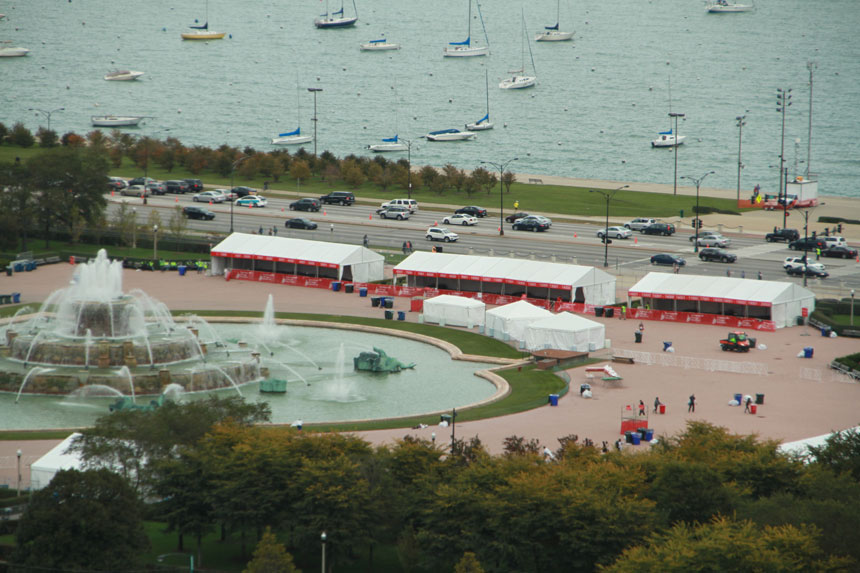 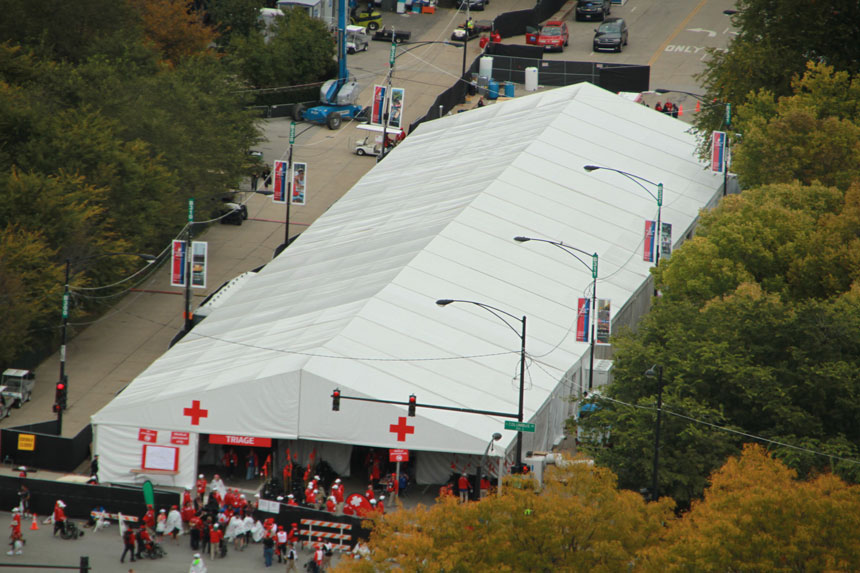 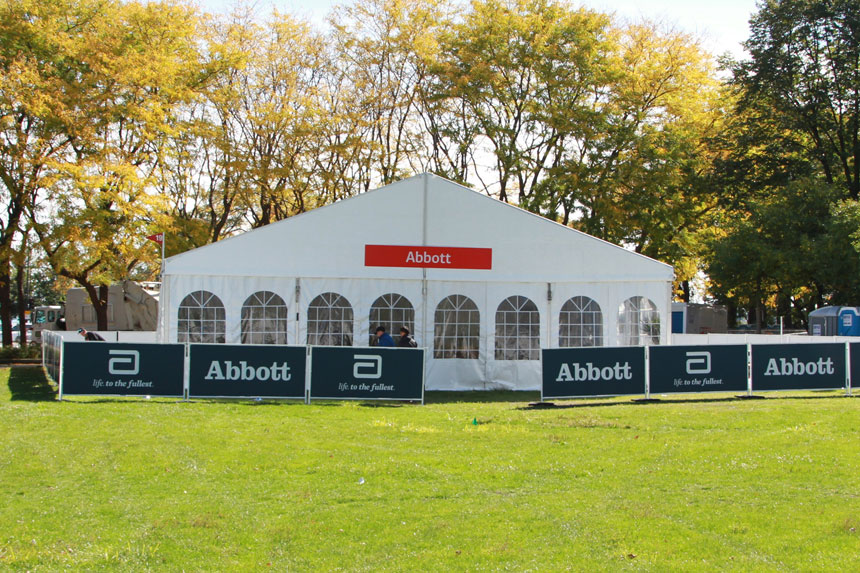 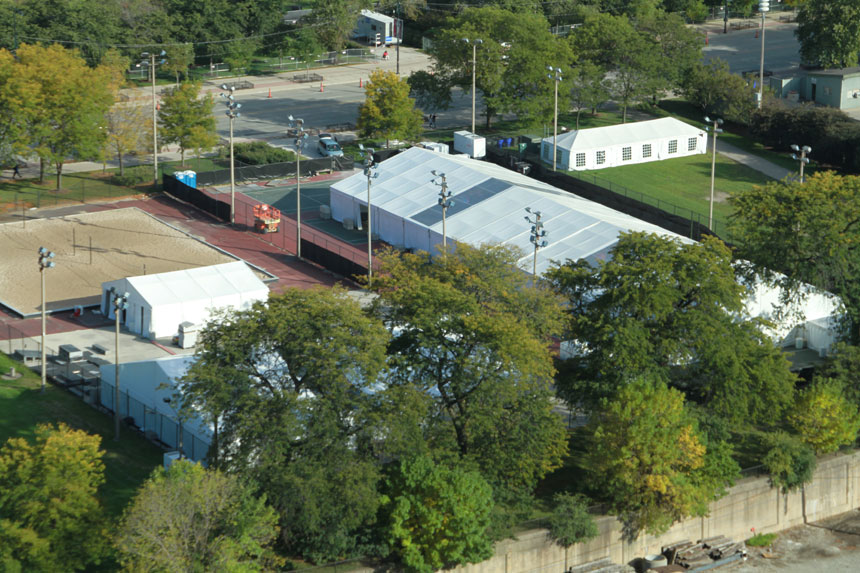 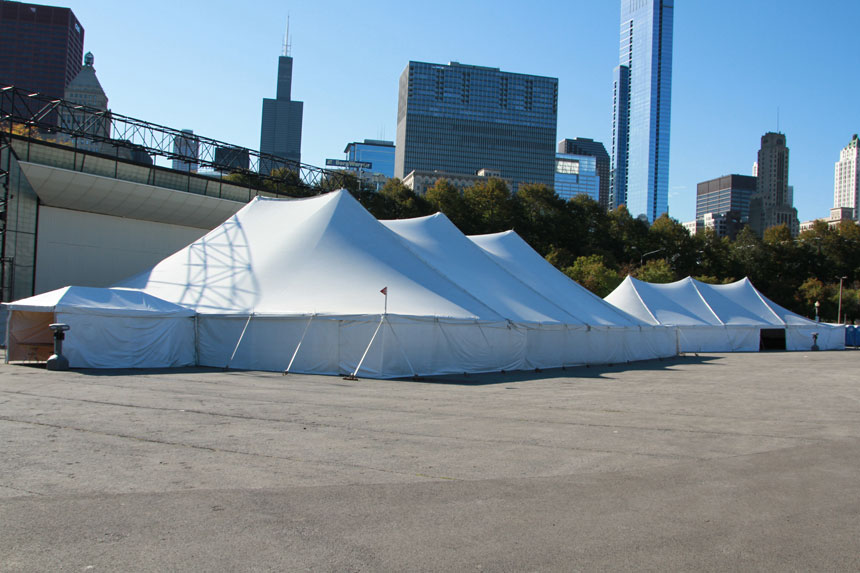 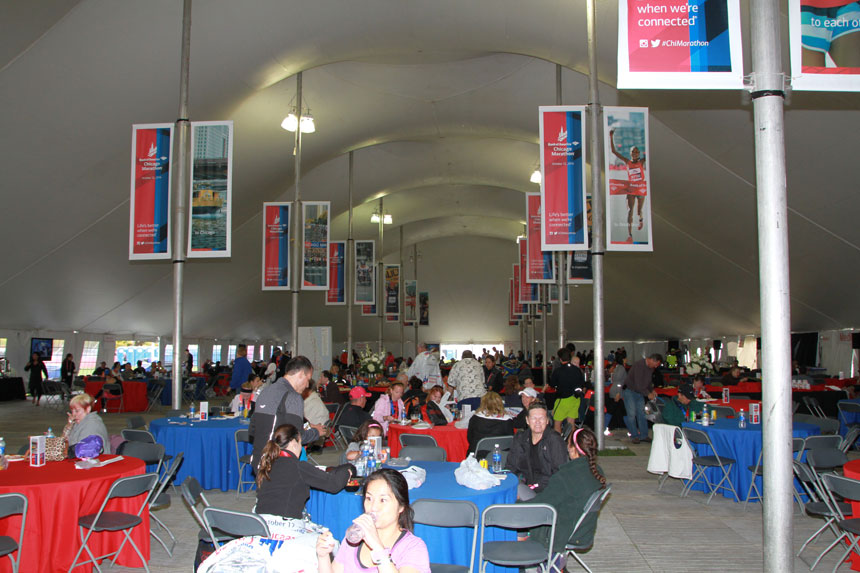 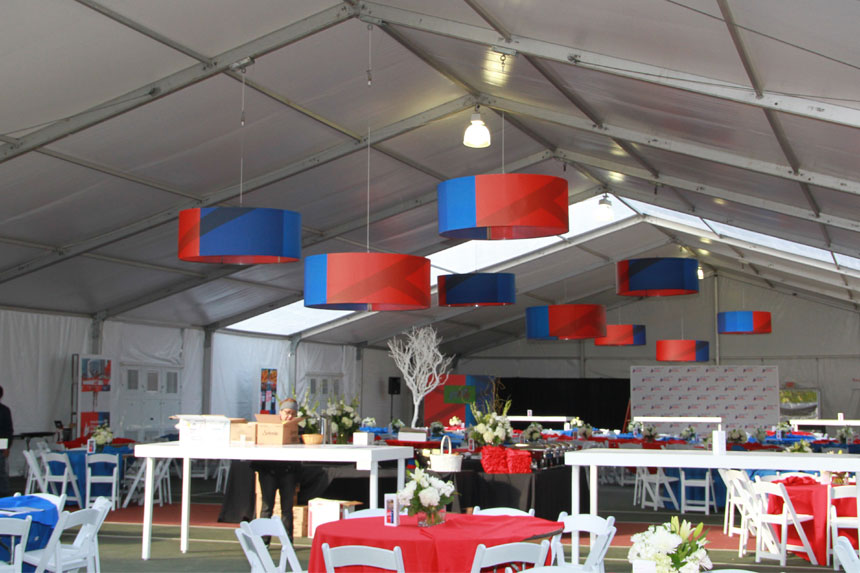