Jurassic World: The Exhibition made its prehistoric premiere at the Field Museum in Chicago from the end of May 2017 through the beginning of January, 2018. Guests walked among life-size dinosaurs – some as massive as 24’ tall! – and interacted with educational elements inside two custom clearspan structures provided by Arena Americas. The exhibit also included a family-friendly Gentle Giants Petting Zoo, The Hammond Creation Lab, and the Raptor Training Paddock.

Due to the Field Museum not having enough interior space to accommodate this gargantuan interactive experience, Arena Americas was commissioned to set up two connected clearspan structures totaling 17,000 square feet with scaffold flooring to level the uneven grassy area. It was a complicated process that required intense and careful concentration, but the Arena Americas team executed it with expert precision.

Because the structures would be exposed to frigid elements throughout the winter months, Arena Americas supplied snow-load clearspan structures designed with a roof pitch capable of shedding snow. HVAC was installed to control the interior temperature of the exhibit to accommodate the changing seasons. As extra fortification for withstanding the elements, our design team worked closely with the client to develop a new hardwall system. This white hardwall was covered by black vinyl to ensure the exhibit would be as dark as possible.

Arena Americas also custom-built a 320’ walkway accommodating for height differences and staircases that led guests from the building to the exhibit space. On the walkway, guests read about the dinosaurs they were about to meet!

Based off the blockbuster franchise, the exhibition was created in close collaboration with renowned paleontologist Jack Horner – who also lent his knowledge during the making of the Jurassic Park and Jurassic World films.

Arena Americas is proud to have not only been chosen for their superb interior design capabilities and ability to provide snow-load clearspan structures, but for delivering a successful setup for this larger-than-life event! 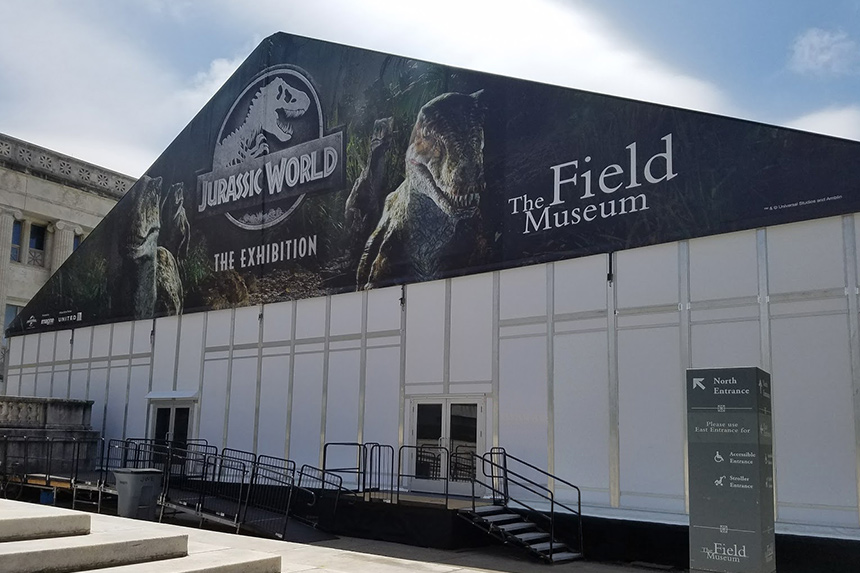 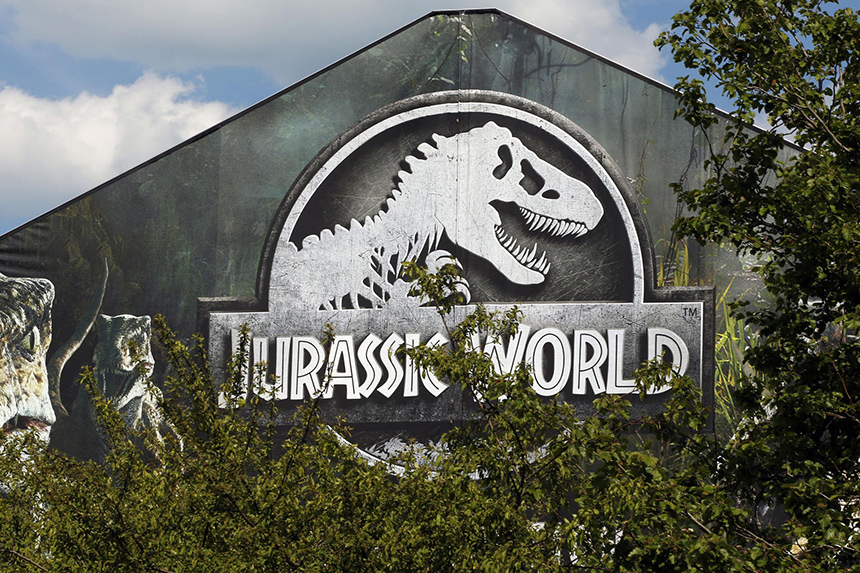 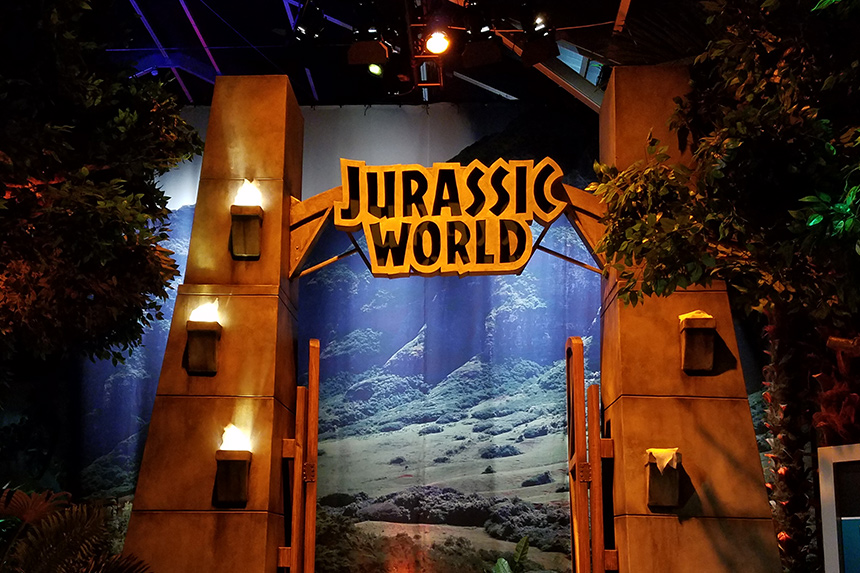 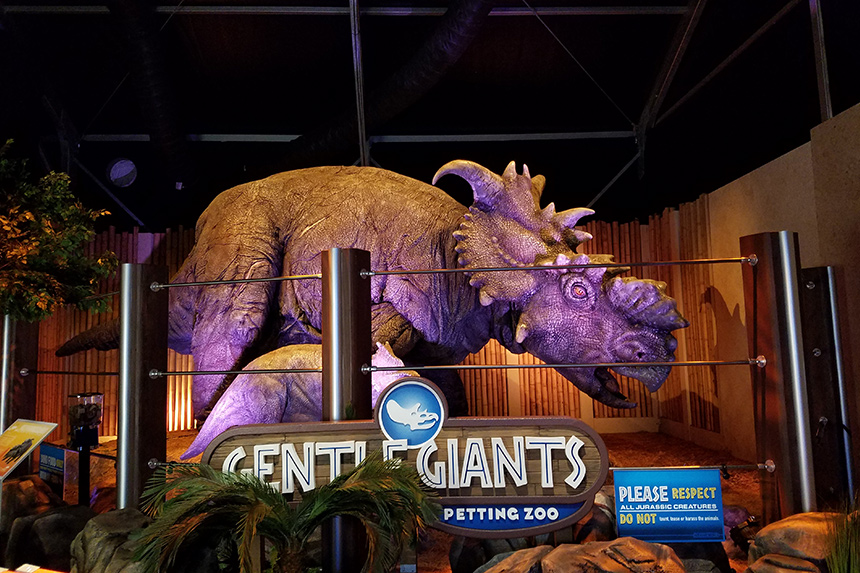 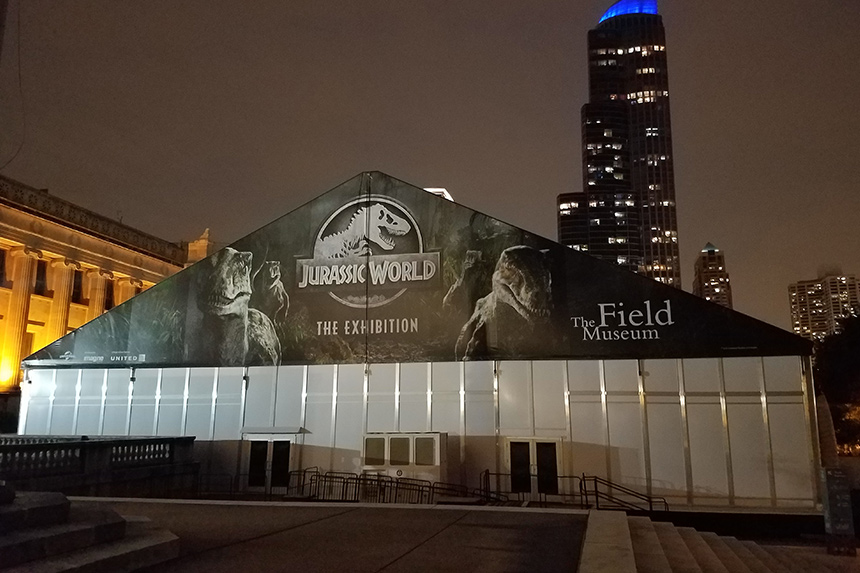 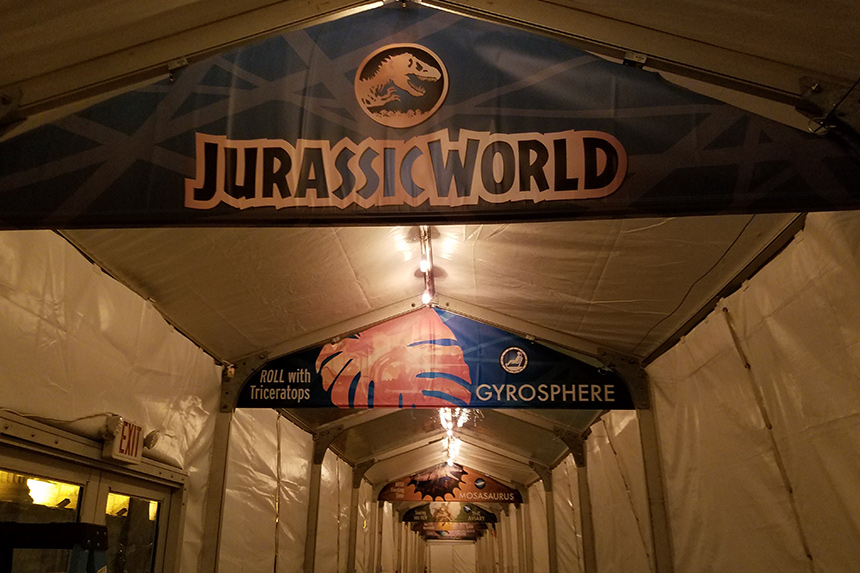 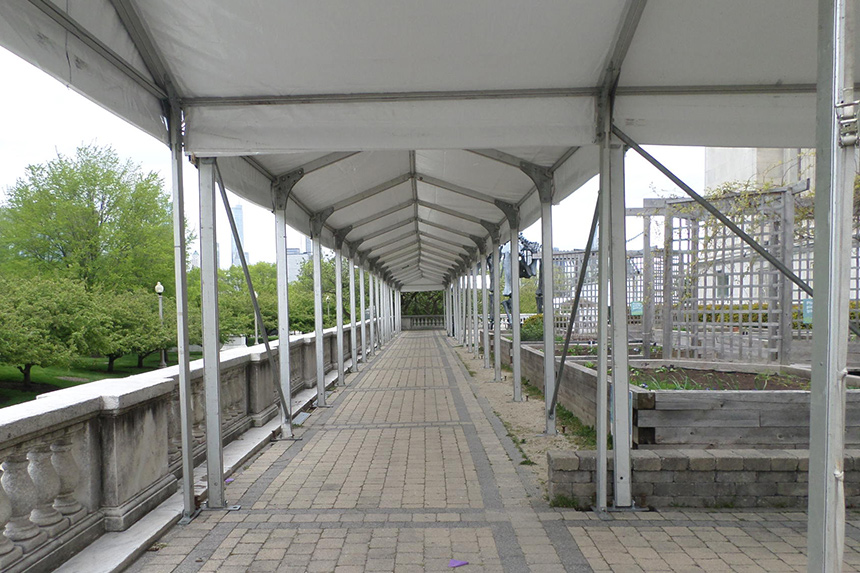 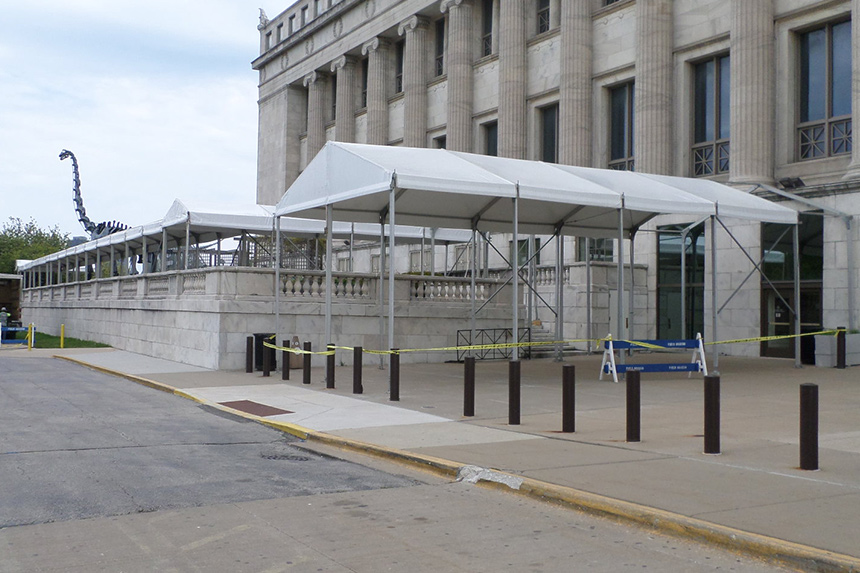